Laws On Health And Safety Of Workers At Workplace In India

By Shubham12 | Views 4998
Every year since 2003, April 28 has been celebrated as World Day for Safety and Health at Work. The main goal behind designing this day was to promote the prevention of occupational accidents and disease in the workplace and raise public awareness about the importance of occupational health and safety.

One might wonder why there is so much stress on the occupational health and safety of workers. The answer lies in various findings and research, which link the success and overall well-being of an organisation with the health quality of its workforce. For instance, research shows that workers are more productive in workplaces that are committed to health and safety. Similarly, it ensures that there are fewer disruptions in the functioning of the organization, which ultimately helps to reduce the financial burden that would be otherwise caused.

As the world is growing more sensitive towards the rights and protection of the workforce, consumers today prefer brands that have high ethical standards. Thus, ensuring a good safety and health record can give a business a competitive edge by building trust and repute among the consumers and increasing the overall profitability of the business. Despite all these tangible benefits, the chief reason that ensures that employers comply and maintain a safe work environment is the "Laws on health and safety of workers."

Health and safety laws are criminal laws in many countries, including India, and violations can result in prosecution, fines, and even imprisonment. These laws put the onus on employers and businesses to maintain good and safe working standards. In the U.S., The Occupational Safety and Health Act (OSHA), passed in 1970, regulates and oversees health and safety in the workplace. In the U.K., the Health and Safety at Work Act 1974 and the Management of Health and Safety at Work The Regulations 1999 are the two main sets of legislation that govern health and safety at work in the U.K.

Similarly, in India too, there are various laws which govern the health and safety of workers. This legislation can be classified into two categories: the ones in force prior to the enactment of the four new labour codes and the ones currently in force. The Factories Act, 1948 falls into the former category, while the Occupational Safety, Health and Working Conditions Code, 2020 falls into the latter category.

Starting with the laws which were introduced before the four new labour codes were brought, the Factories Act, 1948 has been (and continues to be until the final enactment of the new labour codes) the main piece of legislation which governed and promoted adequate safety and health measures of the workers employed in factories.

In the case of Ravi Shankar Sharma v. State of Rajasthan[1], the Court held that Factories Act is a social legislation and it provides for the health, safety, welfare and other aspects of the workers in the factories. In other words, the act serves dual purpose - one, to protect workers from being exploited at workplace and to provide for a recourse in case of violation of the same.

In Bhikusa Yamasa Kshatriya (P.) Ltd. v. UOI[2], the court held that the Act has been enacted primarily with the object of protecting workers employed in factories against industrial and occupational hazards. To secure this objective, the act puts certain obligations and duties on the employers and the establishments to protect the workers and ensure a conducive work environment. Thus, it can be said ensuring adequate health and safety standards at workplace are the key aims of this legislation.

The benefits of this act can be availed by all persons who fall under the definition of 'worker' specified in Section 2(l) of the act. The various provisions regarding the health, safety and welfare of workers can be found in Chapter III, IV & V of the act.

With regards to the health of workers, several provisions are specified in Chapter III of the act. This includes provision on cleanliness[5] which requires that every factory is kept clean and free from effluvia arising from any drain, privy or other nuisance, provision on disposal of wastes and effluents[6]

Which mandates that effective arrangements should be made in every factory for the treatment of wastes and effluents due to the manufacturing process carried on therein, so as to render them innocuous, and for their disposal, provision for ensuring and securing adequate ventilation[7] by the circulation of fresh air and such temperature to ensure reasonable comfort and prevent injury to health of workers, provision to ensure that harmful and injurious dust and fumes produced during various manufacturing processes are minimized or removed[8].

Similarly, this chapter contains provisions with regards to artificial humidification[9] of workplace in industries like cotton, textile etc., ensuring sufficient air space to workers by preventing overcrowding[10], providing and maintaining sufficient lighting[11] in every part of workspace either by natural or artificial means, ensuring arrangements for safe drinking water[12], ensuring separate latrines for men and women[13] which are cleaned on a weekly basis and lastly, this act mandates that there should be sufficient number of spittoons[14] which are safe and hygienic. Most of the provisions in this chapter are simple and self-explanatory in nature and ensure that dignity of workers is protected and reasonable amenities are provided to them.

Next, we have chapter IV of the act which contains provisions relating to safety. This chapter primarily contains precautions and restrictions to protect workers from any bodily injury that can be caused while dealing with heavy machinery and other industrial tools and equipment like hoists and lifts[15], lifting machines, chains, ropes and lifting tackles[16], revolving machinery[17], pressure plant[18] etc.

For instance, Section 21 of the act provides for fencing of machinery which contains an elaborate list of types of machines and their parts which should be safely secured and maintained whether in motion or not. This section also empowers the State Government to frame additional rules and precautions to secure the safety of workers or exempt certain machines or their parts from the purview of this act as may be deemed right. This chapter also contains additional protective measures for the safety of women and children.

Similarly, Section 23 provides that - "No young person shall be required or allowed to work at any machine to which this section applies, unless he has been fully instructed as to the dangers arising in connection with the machine and the precautions to be observed and:

The act also deals with toxic substances, hazardous fumes, produced during manufacturing process. These safeguards are provided in Section 35-37 of the act and also has a separate chapter[21] dedicated to it.

As a deterrent measure, Section 92 of the act provides for penal provision in case of contravention of any rules specified in this chapter or any rules made under thereof which results in any bodily injury or death during an accident. In the former case, the penalty is twenty-five thousand rupees and fifty-thousand rupees in the latter. Thus, this chapter like the previous one is quite elaborative, exhaustive, and well-framed which if enforced strictly will ensure worker's health and safety at maximum.

Now, coming to the four new labour codes, it is 'The Occupational Safety, Health and Working Conditions Code, 2020 (OSH Code)' which will regulate the health and safety conditions of workers employed in establishments. The OSH Code is a result of the deliberations made in the tripartite meeting comprising of the Government, employers and industry representatives based on the recommendations of 'The Second National Commission on Labour', which submitted its report in June, 2002.

The OSH code is a result of amalgamation, rationalisation and simplification of relevant provisions of existing 13 labour legislations.[22] The bill, inter alia, provides for constitution of National Occupational Safety and Health Advisory Board which would give recommendations to the Central Government on policy matters, relating to occupational safety, health and working conditions of workers.[23]

The bill makes it a duty of every employer to provide annual health check-up and tests for free of cost to certain class of employees and ensure that the workplace is free from hazards which cause or are likely to cause injury or occupational disease to the employees and comply with the OSH Code and the Government's directions on the same.[24]

The bill further empowers the employees to obtain from the employer, information relating to employee's health and safety at work and represent to the employer regarding inadequate provision for protection of the employees safety or health in connection with the work activity in the workplace, and if not satisfied, to the inspector-cum-facilitator.[25]

The provisions on health, safety and working conditions of workers as mentioned in Chapter V of the act are similar to those given in the Factories Act,1948 the only difference being that the rules are more gender inclusive in the present act. As of April 2022, 90% States have published their Draft Rules On 4 Labour Codes and its implementation is awaited.[26]

A critical drawback of both the laws is that they keep "gig and platform workers" out of their protective cover. With the changing nature of work and the rise of the gig economy, it is imperative that these workers are also included in the purview of the above acts.

Similarly, the excessive delegation of powers under the OSH code can be seen as lowering the guards of net health and safety standards at the workplace. Thus, due attention and deliberation should be given to these concerns to make the current labour laws more effective and worker-friendly.

A Comparative Historical An... 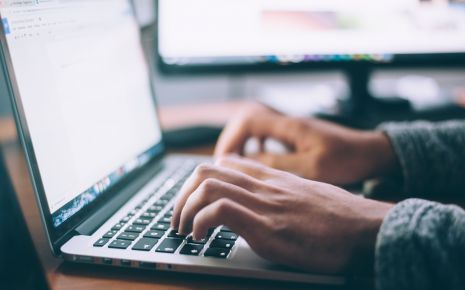 Rights And Remedies Of Priv... 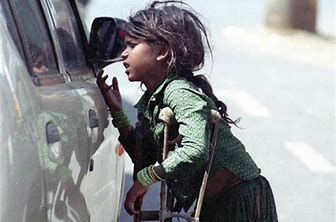 Working Hours Of Female In ...