By Srishty Bhagat | Views 6090
Cancer is a major burden of disease Worldwide. Today it is the second leading cause of death globally. According to world Health Organization (WHO) 1 in 6 deaths across the world is due to cancer. India has an estimated 1.16 million new cancer cases in the year 2018. Also around one-third of deaths from cancer are due to the five leading behavior and dietary risks including high body mass index, low fruit and vegetable intake, lack of physical activity, tobacco use, and alcohol consumption.

The most important risk factor for cancer is tobacco and is responsible for approximately 22% of cancer deaths. World Health Organization (WHO) warns 1 in every 10 Indians will develop during their lifetime and 1 in every 15 Indians will die of the disease. According to the International Agency for Research on cancer (IARC) estimates on the global cancer burden, indicating that it has risen to 19.3 million cases and 10 million cancer deaths in 2020. Breast Cancer(2.26 million), Lung Cancer(2.21 million), Colon and Rectum Cancer(1.93 million), Prostate(1.41 million), Stomach Cancer(1.09 million) cases are the most common types of cancer in 2020.

What Causes Cancer?
There are multiple factors that increase the risk of cancer. It is a disease of the cells in the body. The main reason is the lack of preventive strategies, lack of awareness and unhygienic lifestyle also plays a very important role like tobacco chewing and alcohol consumption. If 10 million people die of cancer every year globally then 2.5 million die of this smoking and tobacco use.

It is the interaction of many factors together. Cancer is a disease caused when cells divide uncontrollably as a result of errors in the DNA or RNA known as mutation ,which affect protein function, these abnormal growths are called Tumors. Old cells do not die and instead grow out of control forming new abnormal cells these extra cells may form a mass of tissue called a Tumor.

Tumor cells have mutations which breakdown the self defense allowing it to develop unchecked because tumors arise from your body's own cells. Cancer can grow and spread to the rest of your body and surrounding the tissues undetected by your immune system. Mutation are the underlying cause of cancer. 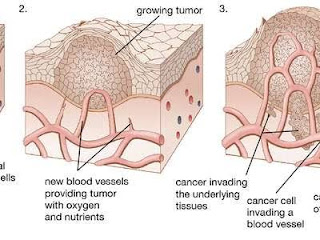 Breast Cancer
The National Cancer Registry Report 2020 released by the Indian Council of Medical Research (ICMR) estimates the projected no. of cancer cases in India is 13.9 lakhs for the year 2020. Breast Cancer being the topmost with the frightening no. of cases. The main factor that impact your possibility include getting Older, No Breastfeeding, Overweight, Alcohol consumption, Early menstruation /late menopause and other lifestyle habits.

Breast Cancer usually begins either in your gland that make milk (called lobular carcinoma) or the ducts that carry it to the nipple (called ductal carcinoma). It can grow larger in your breast and spread to nearby lymph nodes or through your bloodstream to other organs. The cancer may grow and invade tissue around your breast, such as your chest wall. A change in breast shape, fluid coming from the nipple, a newly inverted nipple, or a red or scaly patch of skins are the signs of Breast Cancer. There are certain complementary therapies and medical treatments to help control symptoms of Breast Cancer.

Early Detection is a better choice
Thousands of lives could be saved each year if people were more aware of the signs and symptoms of cancer. 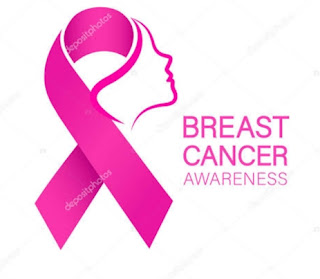 There are two components of early detection:

An Ounce of Prevention is worth a pound of Cure
We need to have a preventive strategy and it also needs a very collaborative and community approach so that we join hands with the Community, with the individuals, with the various Organization. You can reduce your risk of getting cancer by nurturing a healthy life.

Cancer risk can be reduced by: 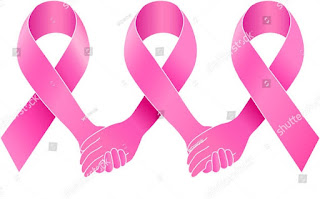 The Concept Of Dower Under ...

The Use Of Facial Recogniti...

Freedom Of Press In Today's...

Formation of Coparcenary: U...