By Daisy Jain | Views 10182
This case deals with the grant of the temporary injunction and also talks about the powers of the court to impose such terms and conditions, which is in the nature of equitable relief. The court observed in this case that the phrases 'prima facie cases', 'balance of convenience' and 'irreparable loss' is not rhetoric in nature.

Facts:
In this case, a total of four litigations was filed under Order 39 of CPC. On 14th June 1979, the appellant (Dalpat Kumar) entered into an agreement with the respondent (Prahlad Singh) for the purchase of a residential house which is situated in Jaipur for a consideration of Rs. 51,000. The appellant laid down a suit for specific performance. On 28th April 1984, the wife of the respondent filed a suit for a temporary injunction for the dispossession of the residential house. In May 1984, the trial court rejected the suit filed by the appellant for ad interim injunction but was later confirmed by the High Court on appeal on 14th July 1987.

Issues:
Whether the High Court had a right to grant for the ad-interim injunction to the parties or the respondent for the dispossession of the property?

Analysis:
In this case, the Hon'ble Supreme Court observed three essentials that need to be presented while granting a temporary injunction that needs to be fulfilled: prima facie, the balance of convenience, and irreparable loss. As per order 39, rule 1(c) of CPC, it describes an injunction as a judicial process by which one party is refrained from doing anything or one party is required to refrain from doing that particular activity. It is in this nature to prevent some possible future injury and is regarded as preventive relief to a litigant.

The court further needs to satisfy that there will be an irreparable injury to the party which is seeking relief due to non-interference of the court and that there is no other option available except to grant the injunction, which could prevent the party from the apprehended consequences of dispossession or injury. Irreparable injury means that there should material injury, but it does not mean that there should be no physical possibility of repairing that injury, and the injury cannot be compensated by way of compensation. The third condition for providing the grant for a temporary injunction should be the balance of convenience.

The court should exercise sound judicial discretion while granting or rejecting the injunction filed by the respective parties so that they could find out the amount of substantial mischief or injury which is likely to be caused by the parties. The court would have granted the ad-interim injunction in the previous case but when the party seeks to set aside the decree on the basis of fraud pleaded in the suit by another party, but the court would circumspect before granting any injunction and look at the conduct of the respective parties and look at the matter that if the injunction is refused than whether the plaintiff is adequately compensated.

The sale deed was executed in favor of the first appellant by the court. Respondents could be adequately compensated if they succeed at the trial. They could be compensated by awarding damages for the occupation of the property from the date of dispossession till the date of restitution. The trial court and the High Court repeatedly refused the pending proceedings of the injunction.

The court also stated that if any alienation is made in the proceedings or during the court's trial, it would be subject to the doctrine of lis pendis under Section 52 of the Transfer of Property act, 1882. The high court finally held that in the interests of justice, the High Court could grant an injunction without adverting any of the material circumstances with the following observations: the court could grant the injunction in favor of the party keeping in mind the history and the various facts which have been brought into notice and looking for the irreparable loss or injury caused by the other party and balance of convenience.

The High Court order was set aside, and the Supreme Court confirmed the trial court's order. The Supreme Court stated that the respondent did not have valid grounds based on which the injunction could be granted, and the appellant did not do any fraud, and the contract was valid with valid consideration. The parties were directed to bear their own costs. The Supreme Court also made it clear that the High Court jumped to the conclusion in granting the temporary injunction and did not lie down all the provisions and principles regarding the same. 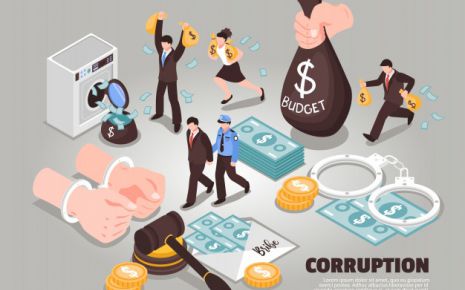