By Prashantsharma | Views 6241
There are several instances where people convert their religion to take advantage of one religion over the other. This article is concerned with those cases where people renounced their religion to take the benefits from the personal laws of other religions. Sarla Mudgal v. Union of India is one of those cases where one of the spouses converted to the Muslim religion to tie the knot with another woman without dissolving their first marriage which was solemnized under Hindu marriage laws.

On one hand, Hindu marriages are governed by the Hindu Personal law which applies to Hindus, Jain, Sikhs, and Buddhists. Hindu Personal laws are secularized and modernized by the statutory enactment. On the other hand, Muslim marriages are governed under the archaic provisions of Shariat law, 1937. Hindu marriage laws allow monogamy whereas Muslim individuals are allowed to marry as many as four women at a time.
Judgment:
The Supreme Court of India is also known as the guardian of the Indian Constitution. Since India's Independence, the Supreme Court of India has never failed to protect the integrity and sovereignty of the constitution. The doctrine of dissolubility of marriage under traditional Hindu marriage law does not give any effect on the conversion of religion. The conversion of religion and marrying another woman will not result in the dissolution of the previous marriage solemnized under Hindu marriage law.

Marriage is the foundation of civilized society. Once the relationship of marriage is formed, it binds the parties to various obligations and liabilities. On one hand, monogamy is the law for Hindus. On the other hand, Muslim law permits four wives for a Muslim male in India according to the Shariat law of 1937. Hindu man embraces Islam to solemnize his second marriage without dissolving his first marriage and escape from the liabilities which were imposed upon him under section 494 of the Indian Penal Code, 1860.

As a result, a second marriage is illegal in the eyes of law. The second marriage of an apostate husband is against natural justice. It is arbitrary to allow individuals to solemnize their marriage without dissolving their prior marriage after conversion to Islam. It is a clear way out to circumvent the provision of section 494 of the Indian Penal Code.

The Supreme Court of India emphasizes the enforcement and implementation of the Uniform Civil Code in India to regulate matters related to marriage, divorce, adoption, inheritance, custody of the child, and other matters related to matrimonial disputes under a uniform law applicable to all religious communities uniformly. The objective of the Uniform Civil Code is to govern all the religious communities in India uniformly.

The essential ingredients for committing the offense relating to marriages under section 494 of the Indian Penal Code, 1860 are as follows:
Section 494 of the India Penal Code, 1860[4] does not extend to any person whose marriage has been declared void by the court of competent jurisdiction. It is not extended to the person who is contracted marriage with a man or a woman who has been continuously absent from such person for more than seven years and shall not be heard of such person being alive within that time.

It is a non-cognizable and bailable offense tried by the magistrate of the first class. A person who is liable under section 494 of the Indian Penal Code, 1860 shall be punishable with imprisonment up to seven years or fine, or both.

Analysis Of The Judgment:

It is also against natural justice because it allows a married person who wants to desert his spouse to circumvent the provision of section 494 of the Indian Penal Code. If one of the spouses embraces Islam and wants to marry another person after converting their religious faith they need to dissolve their first marriage according to the procedure established by law.

The Supreme Court of India emphasizes the implementation of the Uniform Civil Code to deal with matrimonial issues such as divorce, child adoption, marriage, custody of children, and so on. Implementation of the Uniform Civil Code (UCC) regulates all personal laws under the ambit of unified law. No one should be allowed to convert one's religion and solemnize second marriage during the lifetime of his or her first wife or husband.

Marriage:
Marriage[5] is a social and religious ceremony that creates legal obligations between men and women. Marriage[6] is a legally recognized union of a man and woman as spouses in a consensual and contractual relationship recognized by law. It establishes rights and obligations between men and women who became partners for life under the institution which is recognized by law. A marriage is a legal procedure to recognize a man and a woman as a single identity in society. Marriage is a cultural phenomenon where two individuals solemnize a relationship of uniting two families.

These conditions are as follows:
Muslim Marriage Act, 1955:
Muslim Marriage Act[8] was drafted and implemented into the Indian Legal System in the year 1955. It regulates Muslim marriages among the Muslim community in India. A formal binding contract is considered an integrated part of a religious valid Muslim marriage. The bidding contract determines the rights and responsibilities of the bride and groom.

Both bride and groom must give consent to the marriage of their free will without any undue influence or coercion or threat on either of the parties. Both parties must belong to and profess the Muslim faith or religion to solemnize a marriage under Muslim Marriage Act.

A person who belongs to the Muslim community is capable of contracting marriage at the minimum age of 16 years. A male who is less than twenty-one years of age and a female who is less than eighteen years of age are eligible to contract marriage under Muslim Marriage Act. Such marriages are registered in the presence of the father, mother, or guardian of the Individuals.

Sections 5 and 6 of the Special Marriage Act, 1954 criticized the grounds of the right to privacy integrated with the right to life under article 21 of the Indian Constitution. It violates the fundamental rights of liberty and privacy along with the right to freedom to choose their life partners by inviting objections to the intended marriage between two major individuals.

A matrimonial relationship establishes between a man and a woman after getting married under the legally recognized marriage procedure. A man or a woman having more than one spouse is a violation of the rights of another spouse who is deserted by his or her spouse by tying the knot with another person.

Monogamy:
The practice of marrying or the state of being married to a single person

Bigamy:
The criminal offense is prohibited under section 494 of the Indian Penal Code, 1860. It is the practice of marrying someone while already married to another person.

Article 44 of the Indian Constitution requires the State to strive Uniform Civil Code[10] to secure its citizen throughout the country. Uniform Civil Code aims to replace personal laws based on the customs and beliefs of major religious communities in India with common rules governing every citizen in the subject related to marriage, divorce, custody of a child, adoption, and inheritance.

It establishes a secular society integrated with the simplification of laws. It promotes national integrity, solidarity, and sovereignty. It ensures gender justice between men and women in patriarchal domination. It supports women to liberate them from a patriarchal society and ensures equality and liberty for women.

Conclusion:
We are in the twenty-first century and 2023 is just around the corner but still, there is no clue about the implementation of the Uniform Civil Code in India. We keep emphasizing o the implementation of the Uniform Civil Code but failed to address practical complications arising from such enforcement. The situation demands cooperation among the executive, legislative, and judiciary to overcome the complication and implement uniform laws to regulate legal matters related to matrimonial, inheritance, and adoptions among different religious communities. 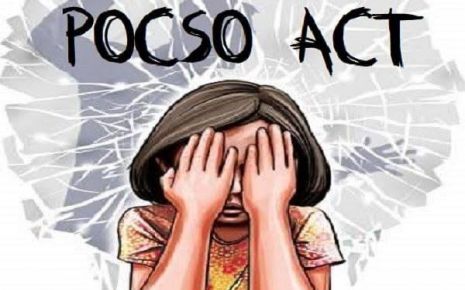