Legal Overview Of The Status Of Tibetans In India

By JHALAK's | Views 6316
India has been extremely liberal with the Tibetans. It has been permitting Tibetans to come in India and, in consideration to the first wave of arrivals, to develop settlements, schools, and medical facilities. Yet the awe-inspiring majority of Tibetans residing in India lack a defined legal status. They don't match up with the requirements as refugees in any authorized intellect.

Tibetan immigrants, as foreigners, to a mass of limitations affecting their ability to travel freely, either nationally or globally, to own property in their own names, to meet the requirements for government professions, and to vote in Indian elections. As immigrants, Tibetan's capacity to validate and express themselves politically is also constrained, mainly when Chinese notables are visiting India.

Even though in earlier years India had "carefully respected the principle of non-refoulement," and in spite of the apparent lucidity of the law, reports specify that some Tibetans have indeed been by force sent home to China.[1]

Historical Background
It all began with a powerful rebellion breakdown in Lhasa in contradiction of Chinese rule. Some regions of Tibet had by now have risen, but with mass rebellion immersing the capital, the People's Republic of China (PRC) deepened its suppression. Within days of the Dalai Lama's escape, thousands of Tibetans too were taking the road of exile. For those in Lhasa and eastern Tibet, the direct way to reach India was NEFA.

Three years later, a still greater crisis exploded: China occupied NEFA. The 1962 Sino-Indian War turned into one more humanitarian emergency. With Chinese forces capturing northern NEFA, Tibetan refugees went on the road once more. Many NEFA residents joined them. While locals ultimately went home, most Tibetan refugees did not come back when the conflict ended. There were stiffnesses with local inhabitants, and Indian establishments now considered Tibetan refugees too big a security threat. Some men, however, joined the new-fangled Indo-Tibetan Border Police, formed in October 1962 in the middle of the war to guard the border they had spanned into exile just a few years earlier.

Now, just a minority of Tibetan refugees still is in Arunachal Pradesh. The majority are dispersed across India, and the Dalai Lama and his Tibetan Government-in-Exile have made Dharamshala their dwelling. But for them and veterans of the NEFA administration, memories of 1959 remain.

Encounters Faced By The Tibetan Diasporas In India

Foremost Question Of Indian Citizenship As An Obstacle For The Tibetans

The government-in-exile seems to have been putting double standards. On one hand, it has been inspiring Tibetans living in other countries, specially those in the West, to take up the citizenship of their host countries and tags them as Tibetan Ambassadors to reserved lands. And on the other hand, it does not favour Tibetans in India in adopting Indian citizenship. This double standard is creating uneasiness and separation among the Tibetan community in refugee.

The recent policy of the Government of India is meant at easing the regulations on Tibetan refugees for travel and for studying abroad. It has been reported that this new policy was also aimed at depressing Tibetans from applying for Indian passports. Although this change might discourage Tibetans from applying for Indian passports, but, make it easier for them to leave the Tibetan settlements and travel to other nations.

Once they are be able to go abroad, many of them would try to get, if not citizenship but at least residential permits. This has been the normal practice amid Tibetan refugees so far. So, once they manage to become residents or citizens in Western countries, they would get retirement pension or allowance from the host nation's government. Therefore, for the time being India's relaxing of regulations on travel abroad may discourage Tibetan refugees from applying for Indian passport, there is no way to halt them from becoming citizens of other nations.[3]


Judicial Aspects On The Matter

Having given thoughtful consideration to the rival submissions and having examined the material placed on record, we are clearly of the view that the respondents had been entirely unfair in denying the rights to the petitioners as citizens of India though such rights flow traditional and reliably by the procedure of the basic provisions of law, the Bench as well as Chief Justice Dinesh Maheshwari and Justice Ved Prakash Vaish detected. [8]

The Court was hearing three Writ Petitions, in which the petitioners had appealed that they were eligible to be acknowledged as citizens of India, in interpretation of Section 3(1) (a) of the Citizenship Act, 1955. This claim had been confronted by the State, claiming that they had obtained the process in the Electoral Rolls by overpowering the element that they were registered Tibetan refugees, and were not holding the citizenship certificate.[9]

Centre had trusted on a letter allotted by the Ministry of Home Affairs to the Election Commission of India, as per which all kids born to Tibetan refugees in India would not be treated as Indian citizens grounded on their birth in India prior to 01.07.1987. Such people, it had specified, shall have to submit applications individually under Section 9(2) of the Citizenship Act and afterwards the nationality status would be determined by the Ministry of Home Affairs, as per the procedure prearranged under the Citizenship Rules, 2009[10].

It had hence submitted that the petitioners cannot be considered to be Indian citizens inevitably and need to apply in terms of Centre's decision. Deciding against the Centre, the Court trusted on the verdict in the case of Namgyal Dolkar v. Government of India, Ministry of External Affairs, in which the Delhi High Court had ruled that Tibetans born after 26th January, 1950 and before 1st July, 1987 are Indian citizens in terms of the Citizenship Act. This conclusion had later been relied on by the Delhi High Court in the case of Phuntsok Wangyal v. Ministry of External Affairs and others, and by the Karnataka High Court in the case of Tenzin Choephag Ling Rinpoche v. Union of India.[11]

Conclusion
The knot of relation between India and China becomes all the way more complicated due to the Tibet issue and continues to exist in misery and agony till date and will continue to be there in existence until and unless a solution is brought about.

The being of HIS HOLINESS THE DALAI LAMA and his FOLLOWERS of the Tibetan refugee community has still kept the question alive. This conflict affects the Tibetans deprived of many rights and aids. China's increased relationship with Pakistan has led India to become stringent on the Tibetan issue. But India is continuously been at work on the circumstances and ways to deal with it in the finest way imaginable. 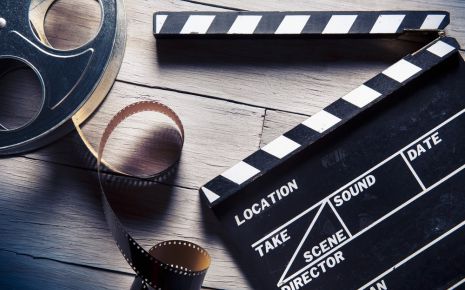