By Sahajkalra315 | Views 4222
As a large state like India with huge diversity where approx, 58% of the population depends on primary sector, agriculture is among the one way for their livelihood and their survival. India is an agrarian economy and agriculture is the backbone of Indian economy. Its contribution to the total India Gross Domestic Price (GDP) is 19.9% this is vast percentage.

As these bills also provide an opportunity to the farmers, as they can sell their production by using method of Intrastate or Interstate without any barriers as stated in Farmers produce trade and commerce act 2020, They have the option to sell their crops by using the method of Online Method also. These bills also provide farmers with option of farming on Contractual Basis as described in the Farmers agreement on price assurance and farm services act 2020.

According to Ministry of Agriculture, these bills provides an opportunity for farmers to use modern techniques for farming,use of High yielding seeds and advances, better platform for selling of their production. But the farmers of India were against the decision of the Central Government as there point of view is that these bills are thrust upon the farmers and which are only made to exploit them and they are made without the consent of any farmer community Whereas Government assures that these bills are mainly amended for the benfit of farmers only and mainly these bills help small and Marginal Farmers most as it help them to bring a rise in their income and it also play an vital role as previously the Marginal Farmers do disguised sale of crops to middlemen but now they can sell their crops by using online way or they can go for Contractual farming.

Overviews of the Bill
As on 5th of june 2020 the Government of India introduced NEW FARM BILL 2020 as it was passed in the lower house and upper house with a majority and on 27th sep 2020 the honourable president of India duly signed these bill and this has become the government main aim for amending these bills is to doubled the income of the farmers by the end of the 2022 and these bills are:
Main concern of the farmers
Then bill was passed in lower and upper house and then comes to president for further enactment. The bill was duly signed by the President on 27th of sep 2020 and when the farmers get to know about it these bills the farmer of some States like as Punjab, Haryana, Uttar Pradesh, Madhya Pradesh and Uttrakhand started protesting over it. when the state government did not respond over them so all the kisan union of India decided to march towards the National Capital Delhi with the motto "DILLI CHALO".

They raise a demand that Central Government will listen over on to them but they got disappointed from the Government also,so the farmers had started their protest on 26th november 2020. Some of the who lead the protest are Shri Gurnam singh Chaduni, Shri Rakesh Tikait, Dr.Darshan Pal, Shri Yogendra Yadav, Smt harinder bindu and Smt jasbeer kaur natt. They act as Foundation pillars for further course of actions.

And all the kisan union and farmers mutually decided neither they take any step back and nor they will return to their homes until all the 3 black bills get repealed. The Protest started at a same time on various joints. People per their accessibility come together on different places like Singhu Border, Kundli Border, Ghazipur Border and etc. Various steps are taken by the Government to stop the protest couldn't Succeed farmers were really worried of these bills and wanted that all 3 bills should get repealed. Conclusion
Central Government of India introduced 3 new farm bill on 27 sep 2020 for the benefit of farmers to make their income doubled but the farmers of India were not happy as they take them as a punishment on them and no consent of farmers was considered as State Government were not even consulted by the Central Government. farmers started their protest on different places at Delhi NCR on the 26th November 2020.

Farmers wanted to repeal all 3 black laws and make bill on MSP and compensate all the farmers families who lost their near and dear ones get martyr in these protest. At around 700-750 farmers got soul departed in these protest. It lasted more than a year for 378 days and on 19th nov 2021 on the auspicious occasion of Guru Nanak Jayanti Prime Minister of India Mr. Narendra Modi decided to roll back all the 3 farm bills and to make bill on MSP and.All the kisan unions announced 'Ghar Wapsi' after the repulsion of all 3 farm bills on 19 November 2021.

Food Security In The Era Of... 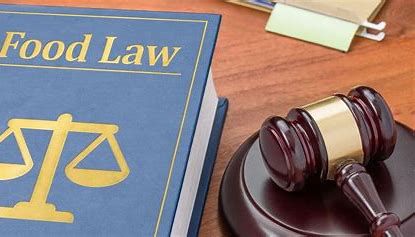 Food safety and standards a...