By P_Tomar | Views 8247
The Industrial Relations Code,2020 is one among four Labour Codes which has been passed by the Central Government on recommendations of Second National Commission On Labour, The Ministry of Labour And Employment rationalized the 44 prevailing labour laws into Four major labour laws Codes i.e. a.) The Code on Wages, 2019, b.) The Occupational Safety, Health and Working Conditions Code, 2020, c.) The Code on Social Security, 2020 and d.) The Industrial Relations Code, 2020.

Labor Law falls under the ambit of the Concurrent List of the Constitution. So, The Parliament and the state legislation can make laws regarding the same. Earlier, The Industrial Disputes Act, 1947 is the basis which deals with the disputes aroused between the employer and the workmen and to protect the workmen from any sort of exploitation. Then this act has gone for various amendments over the years majorly in the year 1956, 1976 and 2010.

Layoff:
Layoff is defined under Section 2(t) of the Industrial Relation Code, 2020 which was earlier defined under Section 2(kkk) of Industrial disputes Act, 1947.
"(t) "lay-off" means the failure, refusal or inability of an employer on account of shortage of coal, power or raw materials or the accumulation of stocks or the break-down of machinery or natural calamity or for any other connected reason, to give employment to a worker whose name is borne on the muster rolls of his industrial establishment and who has not been retrenched.

It clear from the definition that Layoff is the inability of an employer to hire a worker due to a variety of factors such as a lack of coal, power, or machinery breakdown.

Non-seasonal industrial establishments (such as mines, factories, and plantations) employing 50 to 300 people must:
Applicability:
The applicability of Lay-off is defined under Section 65 of Chapter IX under The Industrial Relations Code, 2020 which states as: The requirements of that chapter relating to layoffs, retrenchments, and closures do not apply to an industrial establishment with less than fifty employees or one that is seasonal or intermittent.

Furthermore, if an establishment employs 50 to 300 people, no clearance from the competent authorities is required because Chapter VA of the Industrial Disputes Act of 1947 and Chapter IX of the Industrial Relations Code include no criteria previous to worker layoffs.

However, prior approval from the proper government was required before laying off workers under Chapter VB of the Industrial Disputes Act of 1947, which was only applicable to companies with more than 100 workers. However, the necessity to acquire prior approval from the competent authorities is only applicable to companies with 300 or more workers under the new code's Chapter X.[3]

There are special provisions which are related to Lay-off under Section 77 and 78 Chapter X of the Industrial Relations Code, 2020. Chapter X is applicable only when there is a prior approval of the government before the laying off any worker. Specifically talking about section 77 which applies to the Industrial establishment in which not less than three hundred workers, or such higher number of workers as may be notified by the appropriate Government, were employed on an average per working day in the preceding twelve months and Section 78 talks about when there is no application for permission is made or where the permission for any lay-off has been refused, such lay-off shall be deemed to be illegal from the date on which the workers had been laid-off and the workers shall be entitled to all the benefits under any law for the time being in force as if they had not been laid-off.

Who Is Entitled For Compensation?

If a workman's name is on the industrial establishment's muster roll and he has completed one year of continuous service and is not a badli/casual worker, he is entitled to compensation if he is laid off under Section 25C of the Industrial Disputes Act, 1947, and Section 67 of the Industrial Relations Code. A badli worker is defined in both the above-mentioned sections as a worker who takes the place of another worker whose name appears on the industrial establishment's muster rolls.

Provided also that, in any case falling within the foregoing proviso, the employer may retrench the worker in accordance with the provisions of section 70 at any time after the expiration of the first forty-five days of the lay-off, and any compensation paid to the worker for being laid-off during the preceding twelve months may be set off against the compensation payable for retrenchment.

Compensation must be provided to laid-off workers for all days during which they are laid off, save for weekly holidays, according to Section 67 of the Industrial Relations Code. The amount of compensation will be equal to half of the total (basic salary + dearness allowance). It's also worth noting that if the company offers alternative job to the worker, he should take it. Although, as one Supreme Court decision puts it, offering a coolie job to a qualified worker is not the same as offering an alternative career.[4]

Who Is Not Entitled For Compensation?

The grounds under which a laid-off worker might be denied compensation are set out in sections 25E of the Industrial Disputes Act, 1947, and S. 69 of the Industrial Relations Code, however there is a little discrepancy between these two parts.

So, if a laid-off worker refuses alternate employment in the same establishment or one owned by the same employer within 8 kilometers of the previous establishment, and the work does not even require any special skill or previous experience and is doable by the worker, the worker is not entitled to compensation.

Furthermore, if the worker does not come to work at least once a day during normal working hours, OR if the layoff occurred as a result of a strike or a slowdown in production caused by workers in another part of the establishment, the worker is not entitled to compensation. This provision is included in both the Act and the Code and has not been changed.

Conclusion:
IRC 20 defines lay-off as the inability of an employer, due to shortage of coal, or power, material or breakdown of machinery, accumulation of material or natural calamity from giving employment to a worker whose name is on the muster roll and has not been retrenched. The provisions on lay-off and retrenchment under IRC 20 do not apply to industrial establishments with less than 50 workers on an average per working day or to seasonal industrial establishments. Further, factories, mines and plantation, which have three hundred or more workers must take prior permission of the appropriate Government before lay-off, retrenchment and closure.[5]

Analysis Of Role Of Trade U...

The New Labour Codes Of Ind...

Legal Aspects of Lay Off 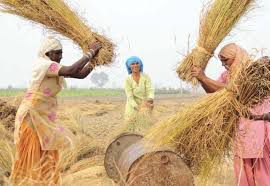