By Adityamehrotra18 | Views 9102
The Narcotic Drugs and Psychotropic Substances (NDPS) Act[1] came into force on November 14, 1985, and has become the enactment under which all cases relating to possession, consumption, and trade of Narcotic drugs are dealt with.

The main focus of the act is to have control over the manufacture, possession, trade, and transport of similar narcotic and psychotropic substances. The act bans around 200 psychotropic substances resultant upon these drugs are not available over the counter for any walk-in individual. These drugs are on trade only when a tradition for the same is available. Violation of this law may affect discipline including rigorous imprisonment or fine or both. The degree of discipline is dependent upon the harshness of the case of the respective case.

Amendment to the Act
The NDPS Act has been amended three times since its inception. The first amendment was made in 1988, followed by another in 2001, and again in 2014. New provisions and regulations for the use of narcotics and psychotropic substances were established in the 2014 amendment. The NDPS Act of 2014 gave the Centre the authority to regulate the possession, sale, transportation, import, export, and use of narcotic medicines and poppy straw. Codeinone, fentanyl, morphine, methadone, and codeine are all necessary narcotic medications.

Critical Evaluation of the Act:
Indicative Statistics to highlight the poor Effectiveness
The National Crime Records Bureau (NCRB) has revealed crime data for the year 2015[10]. The data show a rise in all areas, including the number of arrests made, the total number of instances recorded, and the total amount of seizures made by various authorities. Although we don't have state-by-state statistics for Punjab, the total number of NDPS cases recorded across India is on the rise. The number of instances recorded under the Act in 2015 was 50,796[11], up from 46,923 in 2014.

The NDPS Act also ranks among the few legislations that have high conviction rates (77.2%) as well as high pendency rates (80.6%).

[12]A study by the Vidhi Centre for Legal Policy said that most arrests in drugs cases in India are for personal consumption. The study showed 81,778 people in India were charged under the Narcotics Drugs and Psychotropic Substances (NDPS) Act in 2018. Of these, 59 per cent were arrested for possession for personal use.

The same study also looked at the magistrates' courts in Mumbai, where it found 10,669 cases. Of these cases, 99.9 per cent were for personal consumption, and 87 per cent of the total involved cannabis and not hard drugs like cocaine, heroin, or smack.

Gupta highlighted that there's an ongoing global debate on legalizing cannabis. While some states in the US, and even several European countries, have legalized cannabis, there's still a debate on the fact that criminalizing cannabis has driven more people into jails. Studies in the US have found that the cost of rehabilitating people on cannabis is six times less than keeping them in jails.

According to a 2019 study, National Survey on Extent and Pattern of Substance Abuse in India, by the Ministry of Social Justice and Empowerment, around three crore people are cannabis users in India.

"Jailing these three-crore people will completely break the legal system,"

The debate surrounding decriminalizing cannabis needs to start strongly in India due to its large number of users as well as its easy availability.

Conclusion
India faces an alarming spike in consumption and injection of illicit drugs among young adults and teenagers � especially, synthetic drugs like heroin, ephedrine, and methaqualone. the matter of abuse in states like Punjab has become so severe that quite � of all rural households are home to a minimum of one junky. Incarceration of drug users and subsequent criminal charges, destroy any chance of their rehabilitation or reintegration into society. Out of fear of being incarcerated, drug users are reluctant to return out seeking treatment and instead intercommunicate a lifetime of crime to fuel drug dependency.

Factors and Recommendations mentioned above if not adhered to, can lead to serious repercussions in the Civil Society creating a perception of seeing every person accused of the offense under the same lens whether it be a consumer or a trafficker. Hence a serious review of this act needs to be looked through the prism of neutrality and criminal jurisprudence and to strictly contrast to the Human Rights Standards as laid down in our Constitution.

Alcoholics are Affecting so...

A Critical Analysis Of Cons... 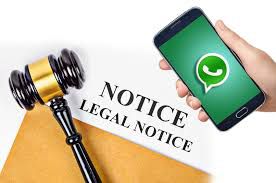 Whatsapp Chats And The Faca...