Does Silence Amount to Fraud?

In order to constitute a valid contract, there are certain conditions (essential elements) which needs to be fulfilled. The essentials of a valid contract are defined under Section 10 of the Indian Contract Act, 1872[1] which are as follows: All agreements are contracts provided that all of the above mentioned essentials are fulfilled.

One of the most important essentials for a lawful (valid) contract is the free consent.

Section 13 of Indian Contract Act, 1872 defines consent as Two or more persons are said to consent when they agree upon the same thing in the same sense. It is also called as Consensus ad idem which means 'meeting of minds' (two mind with one intention). [2]

Illustration:
Suppose A intends to sell his black car to B and offers him the same. B perceived it as a white car and agreed to buy it. In this case, since there is no consensus ad idem i.e. A and B are not agreeing upon the same thing in same sense. Hence, in this agreement the element of 'consent' is missing which makes it an invalid contract.

In order to make a valid contract, mere consent is not enough, the consent has to be freely given.

Fraud means and includes any of the following acts committed by a party to a contract, or with his connivance, or by his agent[5], with intent to deceive another party thereto of his agent, or to induce him to enter into the contract:

Fraud is committed where one man causes another to act on a false belief by a representation which he does not himself believe to be true. He need not have definite knowledge or belief that it is not true.[7] When fraud produces damage it is generally a wrong entitling the person defrauded to bring a civil action. Under the Contract Act, we are concerned with the effect of the fraud only so far as consent to a contract is procured by it.[8] The section 17 would not apply for fraudulent acts during the course of performance of the contract.[9]

The principal difference between fraud and misrepresentation is that in the first case the person making the suggestion does not believe it to be true and in the other he believes it to be true, though in both the cases, it is a misstatement of fact which misleads the promisee.[11]

The expression "any other act fitted to deceive" naturally means any act which is done with the obvious intention of committing fraud.[15] For example, a husband persuaded his illiterate wife to sign certain documents telling her that by them he was going to mortgage her two lands to secure his indebtedness and in fact mortgaged four lands belonging to her. This was an act done with the intention of deceiving her.[16]

Nature of Contract Made by Fraud:

Under Section 19 of the Indian Contract Act, when consent to an agreement is caused by fraud, the agreement is a contract voidable at the option of the party whose consent was so caused.[17]

Clause 5 applies to a case where the disclosure of certain kinds of fact is expressly required by law, and non-compliance with the law is expressly declared to be fraud. Thus, under section 55 of the Transfer of Property Act, 1882 the seller of immovable property is required to disclose to the buyer "any material defect in the property or in the seller's title thereto of which the seller is, and the buyer is not, aware, and which the buyer could not with ordinary care discover."[18]

The buyer is required to disclose to the seller "any fact as to the nature or extent of the seller's interest in the property of which the buyer is aware, but of which he has reason to believe that the seller is not aware, and which materially increases the value of such interest," and "omission to make such disclosures is fraudulent," and it is so even if the omission is merely due to oversight.[19]

Role of Silence in Fraud:

In the words of the Contract Act, as per the explanation given in Section 17, Mere silence as to facts likely to affect the willingness of a person to enter into a contract is not fraud, unless the circumstances of the case are such that, regard being had to them, it is the duty of the person keeping silence to speak[21], or unless his silence is, in itself, equivalent to speech. [22]

Mere silence is not fraud unless there is a duty to speak, or unless it is equivalent to speech.[23] There are two qualifications to this rule. First, the suppression of part of the known facts may make the statement of the rest, though literally true so far as it goes, misleading as an actual falsehood.[24] In such a case, the statement is false in substance, and the wilful suppression which makes it so, is fraudulent.[25] Secondly, a duty of disclosure of particular defects in goods sold, or the like, may be imposed by trade usage. In such a case, omission to mention a defect of that kind is equivalent to express assertion that it does not exist.[26]

Where a vendor did not disclose to the purchaser of property about a material defect in the title that the property agreed to be sold was the subject matter of a pending litigation and attachment, the non-disclosure was held to be a fraudulent act and the purchaser was entitled to rescind the contract and claim back the earnest money.[27]

Where the lessor, knowing that two days after executing a lease in favour of her husband, she would cease to be the lessor and the lessee also knew the same, she executed the lease for a period subsequent to her ceasing to be the lessor, the transferee is not bound by such lease which was the outcome of a fraud.[28]

Where the vendor made an express recital in the sale deed about non-existence of mortgage, it was an active misstatement; and the exception to section 19 was not applicable.[29]
When a special condition restricting inquiries into title is inserted in a contract of sale, a purchaser has the right to assume that there has been a full and fair representation as to the title on the part of the vendor[30]

There is no general duty to disclose facts which are or might be equally within the means of knowledge of both parties.[32] In Bell v Lever Bros Ltd[33], the company agreed to pay large compensation to two employees, the subsidiary company directors, whose services were being dispensed with. After paying the money, the company discovered that the directors had committed breach of duty, which would have justified their dismissal without compensation. The House of Lords held that the directors had not these breaches in mind, and were under no duty to disclose them. When there is no duty to speak, if the plaintiff forms a belief without clarifying the same with the defendants, the defendants cannot be faulted for the same.[34]

The duty referred to in the explanation[35] is a legal duty and not merely a moral duty to speak.[36] However, there are special duties of disclosure in particular classes of contracts, [37] viz, in contracts between an insurer and insured,[38] or where one party stands in fiduciary relationship with the other.

Non-disclosure of material facts relating to parties to the marriage has been held to constitute fraud within the meaning of section 17 of the Indian Contract Act, 1872.[56]

In Kiran Bala Asthana vs. Bhaire Prasad Srivastava[57], first marriage of the appellant, Kiran Bala, had been annulled on the ground that she was of unsound mind at the time of that marriage. She was married to the respondent, Bhaire Prasad Srivastava, the second time. The fact of the annulment of the first marriage on the ground that she was an idiot was not disclosed to the bridegroom either by the girl or her parents.

Exception to Section 19:
If such consent was caused by misrepresentation or by silence, fraudulent within the meaning of section 17, the contract, nevertheless, is not voidable, if the party whose consent was so caused had the means of discovering the truth with ordinary diligence. [58]

If the party alleging fraud had the facts before it or had the means to know them, it could not be said to have been defrauded, even if a false statement has been made. Further, a contract cannot be merely on a trivial and inconsequential misstatement or non-disclosure.[59]

The university wanted to cancel the candidature of the candidate on the ground of fraud. It was held that there was no fraud as the candidate has just kept silent as to certain facts and further, the university authorities could have discovered the truth with ordinary diligence.

Conclusion/Observations:
As discussed in the paper, firstly, it can be concluded that Silence doesn't amount to fraud unless there is a duty to speak. Upon studying the provisions regarding Fraud as mentioned in the Indian Contract Act 1872, an observation worth mentioning here is that the text of the statute are very simple, lucid and clear and there's no scope of misinterpretation of any of the sections relevant for understanding how law deals with cases relating to contracts made through fraud or misrepresentation.

But, one limitation exists which is beyond the statutory provisions, it is related to the proof i.e. finding evidences to establish that fraud was committed, this is the reason, at times, the aggrieved party in order to get compensation of the loss or damage incurred because of the fraud committed by the other party aren't able to give proof or necessary evidence itself, which in turn leads to dismissal of the case. Thus, in my opinion, this issue needs some consideration. 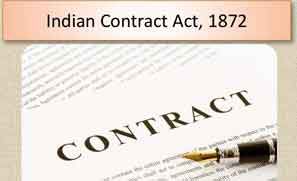 Standard from of contract: ... 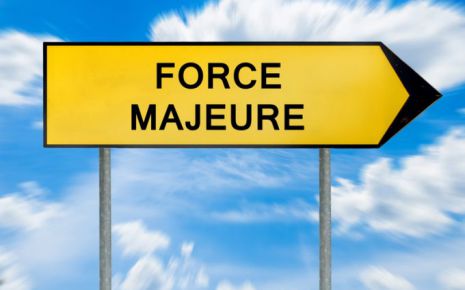 Overview Of Force Majeure I... 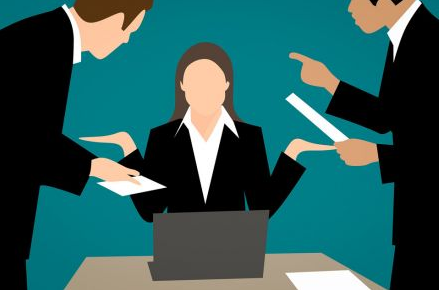 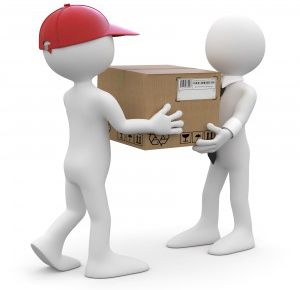