All about the Sabrimala Temple

The Apex Court in its recent verdict regarding the Sabarimala Temple issue has lifted the ban regarding the entry of menstruating women from age 10 to 50. All the females irrespective of their age can now enter the temple. A constitutional bench of 5 judges comprising of the  Chief Justice of India Dipak Misra, Justices R F Nariman, A M Khanwilkar, D Y Chandrachud and Indu Malhotra  has put an end to the centuries old tradition by 4:1 majority by proclaiming the practice  discriminatory in nature. The Sabarimala Temple has turned into a battleground and the controversies are highlighting the religious fault lines. The issue altogether has taken a political twist as well.

The practice of restricting the women’s of age group 10-50  to enter the temple was challenged by the petitioner on the ground that it was violation of Article 14, 15 and 25 of the Indian Constitution.

Article- 14 manifestly enshrines the principle of equality and parity and makes it clear that every person is equal in the eyes of law implying the absence of any special privilege in favour of any individual and there should be equal protection of law implying equal treatment in equal circumstances. Similarly, Article -15 prohibits discrimination on the ground of religion, gender etc. and Article -25 declare that all the citizen of India has freedom to propagate, profess and practice any religion subject to some restrictions. So here the question arises as to why females are being physically and mentally harassed from the centuries by persistently making them realize that they are inferior beings and weaker than the so called males.

In my opinion the practice of restricting the women’s of age group 10-50 to enter the Sabarimala temple is not only illegal as well as nonsensical because there can be chances when a female starts menstruating before 9 years and there can be chances when a women menstruate after 50 years of her age. Just because a woman bleeds she is prohibited from entering temple giving it a name of religion. I don’t get concept that when people can worship a goddess for years and does ‘not cease worshiping her then why do they stop women’s from worshiping just because she is on her period. They consider women’s impure during that time, I have seen many women’s they don’t even enter kitchen during those days just because of the taboo attached. If we read our pious  religious books such as BHAGWAT GEETA or THE RAMAYANA nothing of such sort is written in these books with reference to a period undergoing women can’t worship the God or the deity does ‘not  want to worshipped by such women. For God what matters is the feelings & faith not the gender, caste, religion etc.

Now I would to draw your attention to on the arguments put forth by  the defense council that the Deity of the Sabarimala Temple is a CELIBAT Deity that is why to respect him or to respect his celibacy entry of women from age 10-50 is banned . Now the question arises how can it be possible that the celibacy of the deity if effected by the women of age of 10-50 and why not by the women’s of all age group. I guess the question of celibacy of the Deity should not come forth in deciding the entry of the women’s in the Temple as he is the god and god is not expected to do mistakes like humans. He has achieved that level , he should not be effected by the entry of the women’s in the temple.

I’m glad the Apex court has lifted the ban upon the entry of the women’s and I highly support the verdict of the honorable Supreme Court where as many person has presented the dissenting opinion just as Justice Indu Malhotra  and the Prime Minister Mr. Narendra Modi.

A Comparative Study On Judi...

Stand-Up Comics And Their F...

The Battle Of The Two Big-S... 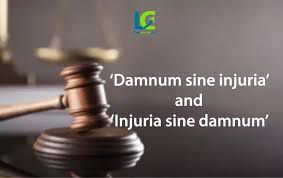