By Shreya_legal | Views 11084
In the year 1967, a Member of Legislative Assembly of Haryana, Gaya Lal changed his political party thrice. The phrase Aaya Ram Gaya Ram was used more than anything throughout the nation in this reference and the same had proved the severity of defection in the political and administrative system of the country. There are several other instances in this regard. In the year 2017, in December, the then Chairman of Rajya Sabha had disqualified two of the Members of Parliament from the House for having defected from their political party.

These members were elected on a Janata Dal (United) ticket. Another instance refers to the case wherein the Madras High Court also heard petitions which were filed by 18 MLAs who were disqualified by the Speaker of the legislative assembly of Tamil Nadu in September 2017. Allegations of legislators defecting in violation of the law are often made in several states including Andhra Pradesh, Arunachal Pradesh, Goa, Madhya Pradesh, Nagaland, Telangana and Uttarakhand in recent years. These steps were taken up by the relevant authority under the Tenth Schedule of the Constitution which is better known as the anti-defection law.

The Tenth Schedule was inserted in the Constitution in the year 1985. It lays down the process by which legislators may perhaps be disqualified and eliminated from their respective legislative assemblies on grounds of defection by the Presiding Officer of the legislature based on a petition by any other member of that House. A legislator is reasoned to have defected and changed sides if he either of his/her own accord gives up the membership of his party or disobeys the directions of the party leadership on a vote. This points that a legislator defying and abstaining or voting against the party on any subject can lose his membership of the House. The law is applicable to both Parliament and state assemblies.

However, there are some exceptions in this regard. The legislators have an option to change their political party shorn of the jeopardy of disentitlement and disqualification in certain situations. The law permits a party to come together with or merge into another party on a condition that that at least two-thirds of its representatives are in favour of the merger. In such a condition, neither the members who decide to merge, nor the ones who stay with the original party will face any sort of disqualification.

However several expert committees have suggested that rather than the Presiding Officer, the decision to disqualify a member should be made by the President in the case of MPs or the Governor in the case of MLAs on the advice of the Election Commission of India. This would be akin to the procedure trailed and followed for disqualification in case the person in question holds an office of profit which means that the person holds any office under the central or state government which carries remuneration, and has not been excluded in a list made by the legislature.

The Indian Judicial system has often observed and decreed several judgements related to and explaining the anti-defection laws in our country. In Kihota Hollohon vs. Zachilhu and Ors[1] the issue was if the 10th schedule curtailed the freedom of speech and expression and subverted the democratic rights of the elected members in parliament and state legislatures and also if the granting finality to the decision of the Speaker/ Chairman would be considered valid. The Court decreed that the 10th schedule neither impinges upon the freedom of speech and expression nor subverts the democratic rights of elected members.

The 10th schedule is constitutionally valid and also said that this provision is valid however, High Courts and the Supreme Court can exercise judicial review under the Constitution. But the Judicial review should not cover any stage prior to the making of a decision by the Speakers/ Chairmen.

Concluding, the anti-defection law seeks to make available and provide for a stable government by guaranteeing that the legislators may not sort to switch sides. However, this law also confines a legislator from voting in line with his morality, judgement and the interests of his electorate. Such a circumstance encumbers the oversight function of the legislature over the government, by ensuring that members vote based on the decisions taken by the party leadership, and not what their constituents would like them to vote for.

There are several reforms still required in the anti-defection laws and in reference to the 10th schedule of the Constitution. The Election Commission had commended that the pronouncements under the Tenth Schedule shall be made by the President/ Governor on the binding advice of the Election Commission.

It was also recommended by the commission that a constitutional amendment which would vest the power to decide matters and resolve issues relating to disqualification on the grounds of defection with the President/Governor acting on the advice of the Election Commission would essentially help in preserving the integrity of the office of the Speaker. 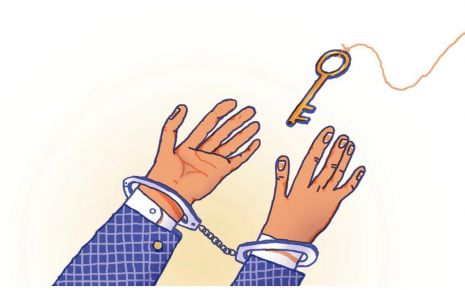