The unemployment scene in the UK moved from bad to worse, and there is nothing much the Government can do about it since they were already assisting the economy through schemes and bailouts. The markets have to start opening up, and people have to begin spending the way they were in the past if they are looking to get them back to the way they were. According to predictions, it does not seem likely that the economy will get to pre-pandemic numbers any time soon, and they foresee that happening by the end of 2021 at the soonest.

Although the furlough scheme was running across the UK with the Government was paying 80% of the salaries of the people working in companies, with companies only paying the difference, they still could not make it work properly, and they were still laying off their staff. The Government realised that the best way to manoeuvre through this would be opening up the economy again but maintaining restrictions.

Small shops, restaurants, cafes and pubs were slowly opening up, and people had to maintain the right amount of social distance, wear their masks and stay as safe as possible. While the countries that went through the same model in the past ended up going through the second phase of the virus, the UK followed suit taking better precautions.

The opening of the markets did not have the desired outcome with people not moving around as freely as they did in the past. The main reason for this was the healthcare system that the UK has in place, was not sure how to get through the Coronavirus, like in most parts of the world and there was nothing that they could do about it. With the number of people sick and losing their lives to the virus, the general public lost their faith in the healthcare system.

There were a large number of companies in the UK who were not meeting their targets, and letting go of their employees in large numbers, making an already unstable market, a lot worse. On the flip side, a lot of smaller companies were coming up and to meet the demands put forth, had no choice but to begin hiring. The hiring process was not easy considering such an unstable market which started increasing the importance of background checks.

What were some reasons behind companies starting background checks?
Sifting through the crowd:
There were a lot of changes taking place within the economy, with businesses shutting down and people laid off, which meant there were a lot of people who were looking for jobs and were open to trying out anything.

Providing ease:
Since the employer does not personally know the person they are bringing into the fold, they can sleep better at night knowing that someone did their homework and provided them with the information they might need to make an informed decision. Additionally, it allows employers to make a decision, allowing them the right to bail if they feel like their option doesn't make sense.

Maintaining a relationship between employer and prospective employee:
Going through the background check provides the employer with additional information about the person they are planning on hiring. It allows them to take a call on whether the person will be a good fit for the company or the team they will be a part of. If an individual does not make a good fit, the employer can always suggest adding them to another team, a different position, or in severe cases, not select them, post the hiring process.
Maintaining a record of the past:

One of the best things about the background test is that it has a list of the misdemeanours an individual committed. The check provides enough details about an individual to allow the employer to make an informed decision.

Providing detailed scrutiny:
If an employer needs additional information than provided through the standard DBS test, they can always refer to the enhanced DBS test. It produces more details, including the type of people the applicant is comfortable being around, and whether they were registered for inappropriate

behaviour when around select groups, like children or older people. The information comes in handy, especially if the job needs them to work at an aged home or daycare centre.

Updating the DBS check:
Applicants can add more information about their DBS check and take it forward accordingly. They can add new information and other details and should keep their profiles up to date through the update DBS check. The specifics come in handy when employers go through their records to consider them for a position.

The most popular background check that was making the rounds among employers was the enhanced DBS Check which allowed employers to gather information about the past of the employee or prospective employee. If they wanted to dial it down and just needed a basic understanding of their background, they could use the CRB check which received an upgrade to the standard DBS check. The information and details that they found could be used to understand whether they would be a good fit for some of the roles within the company. Furthermore, some jobs needed specific qualifications and a type of background, and the checks solved that problem as well.

Wills and Probate law in India 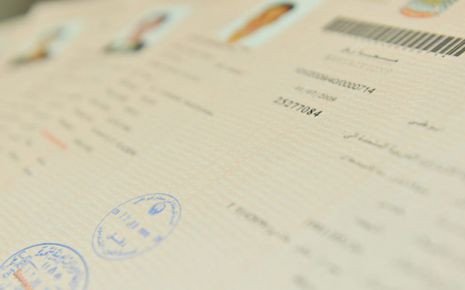