By Anmolghai1424 | Views 5268
Human rights in Saudi Arabia are a topic of concern. The Saudi government, which enforces sharia law under the absolute rule of the House of Saud, have been accused of and denounced by various international organizations and governments for violating multiple human rights within the country.

The totalitarian regime ruling the Kingdom of Saudi Arabia is consistently ranked among the "worst of the worst" in Freedom House's annual survey of political and civil rights. On 28 December 2020, the Criminal Court in Riyadh sentenced a prominent Saudi women's rights activist to nearly 6 years in prison, drawing a renewed attention to the kingdom's human rights issues.

Background
Saudi Arabia is one of approximately 30 countries in the world with judicial corporal punishment. In Saudi Arabia's case this includes amputations of hands and feet for robbery, and flogging for lesser crimes such as "sexual deviance" and drunkenness. In the 2000s, it was reported that women were sentenced to lashes for adultery; the women were actually victims of rape, but because they could not prove who the perpetrators were, they were deemed guilty of committing adultery.

The number of lashes is not clearly prescribed by law and is varied according to the discretion of judges, and ranges from dozens of lashes to several hundred, usually applied over a period of weeks or months. In 2004, the United Nations Committee Against Torture criticized Saudi Arabia over the amputations and floggings it carries out under Sharia.

The Saudi delegation responded defending legal traditions held since the inception of Islam 1,400 years ago and rejected interference in its legal system. Saudi Arabia later abolished the punishment of flogging, and replaced it by jail time or fines or both. The courts continue to impose sentences of flogging as a principal or additional punishment for many offences. At least five defendants were sentenced to flogging of 1,000 to 2,500 lashes. Flogging was carried out in prisons.

Ways In Which Saudi Arabia Is Violating Human Rights:

Human rights in Saudi Arabia are unrecognized. Homosexuality is frequently a taboo subject in Saudi Arabian society and is punished with imprisonment, corporal punishment and capital punishment. Transgender people are generally associated with homosexuality and doctors are banned by the Saudi Ministry of Health from giving hormone replacement therapy to transgender people seeking to medically transition. In 2017, two transgender Pakistanis were allegedly tortured to death by Saudi police. Police later denied the reports.

In 2000, the Saudi Government reported that it had sentenced nine Saudi men to extensive prison terms with lashing for engaging in cross-dressing and homosexual relations. That same year the government executed three Yemeni male workers for homosexuality and child molestation. In 2001, Saudi teacher and playwright Muhammad Al-Suhaimi was charged with promoting homosexuality and after a trial was sentenced to prison. In 2006, he was given a pardon and allowed to resume teaching.

In May 2005, the government arrested 92 men for homosexuality, who were given sentences ranging from fines to prison sentences of several months and lashings.

In 2008, the Shura Council ratified the Arab Charter on Human Rights. In 2011, the Specialized Criminal Court was used to charge and sentence human rights activists. Saudi Arabia lost its bid to win a seat at the UN Human Rights Council - a 47-seat body that claims to protect and promote human rights on the world scale.

The country only received 90 votes in support of its bid. Analysts named the murder of Jamal Khashoggi and detention of women's rights activists and claimed that the country's global image as a violator of human rights resulted in its failure to secure votes for the bid. On 15 June 2021, Saudi Arabia executed Mustafa al-Darwish, who was arrested in May 2015 on charges related to an anti-government protest when he was a teenager. Amnesty International called the trial "deeply flawed" as the kingdom had announced last year to end death penalty for people under 18 years of age. Yet Saudi executed Darwish for an alleged crime when he was 17.

Filing for Divorce, Here is...

What Is Your Defense Agains...

What You Should Know Before...

Can You Terminate A Sale-Pu... 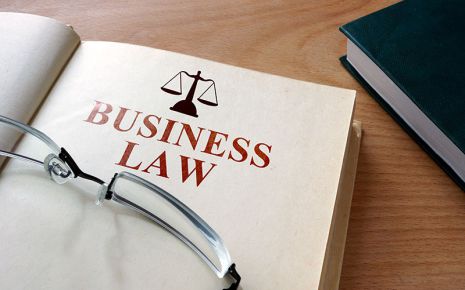