Punishment Under The Indian Code

By Anasalig19 | Views 5663
In ancient time, people were lived in forest. At that time, their concerns were food, habitation and security from wild animals. But, with the passage of time, people started to live in collection or in society. Now, their concerns were totally changed. They wanted Personal safety, particularly security of life, liberty and property. The people wanted to live peacefully and without fear, in the society. Every person wants to save one from the crime of any kinds.

Actually crime denotes a wrongful act or omission of such a kind that the state deems it unfit or illegal, in the interest of the public. Crime has been a significant problem ever since the beginning of human civilization and till today, man cannot achieve complete success to finish criminality from society. There is no society in this universe which is not oppressing with the problem of crime and criminality.

When the crime is committed, it is important that some kind of pain must be inflicted on the accused. The punishment must be some kind of unpleasant experience for accused because retribution is the ingredient of human nature. It is important to cool down the feeling of retribution by punishing the accused. This is possible only when the penal law is effective and strong enough to deal with the violators of law. In India, the Indian Penal Code is the important legislation which deals with the different kinds of crime and its punishment.

Punishment is the imposition of an undesirable or unpleasant outcome upon a group or individual imposed by an authority. The study and practice of the punishment of crimes is called Penology. The authority may be either a group or a single person and punishment may be carried out formally under a system of law or informally in other kinds of social settings such as within a family. Imposition of punishment on accused has certain objectives.

Punishments are applied most generally to encourage and enforce proper behavior as defined by society. Criminals are punished judicially, by fines, corporal punishment or custodial sentences such as prison. Punishment may also be applied on moral as in penance or imposed in a theocracy with a religious police or by Inquisition.[3]

The main purpose of awarding death penalty is deterrence. It discourages the person who planned to do same in future. It is far more powerful and effective mode of deterrence than life imprisonment because the fear of death for human being is very terrible than that of life imprisonment. The award of capital punishment is matter of great controversy. Many believe that it is morally excluded and others believe it is moral necessity.

The constitutional validity of capital punishment has been questioned many times before the Supreme Court of India. In the case of Jag Mohan Singh V. State of U.P issue rose that the death penalty is unconstitutional and hence invalid as a punishment. In the case, the contention was that it violated the article 14 of the Indian Constitution. It is also the violation of article 21 of the Indian Constitution because of the lacking of fixed procedure of sentencing.

The Supreme Court held that in awarding the capital punishment in the case of 302 of IPC and 354(3) of CrPC, the courts should have read these sections in the light of part III and IV of the Constitution and death sentence may be awarded only to the white collar criminals and hardened criminals. In this case, Justice Krishana Iyer pleaded for the abolishment of capital punishment as a mode of punishment.

He said:
Since every saint had a past and every sinner a future, never wright off the man wearing the criminal veneer attire but remove the dangerous degeneracy in him, restore his retarded human potential by holistic healing of his fevered, fatigued or frustrated inside and by repairing the repressive, though hidden, injustice of the social order which is vicariously guilty of the criminal behaviour of many innocent convicts".

Bachan Singh V. State of Punjab, in the case the principle of rarest of the rare case is evolved. The held that the death may be awarded in the rarest of the rare case. The death sentence would only award when other options will close. In this case the Supreme Court laid down a guideline for sentencing of death sentence and also provided a list of aggravating circumstances as well as mitigating circumstances.

In Machhi Singh V. State of Punjab, The Supreme Court held the death sentence valid and stated that the motive of crime, manner of commission of crime and anti-social nature of crime should take into consideration while awarding the death sentence.[6]

Imprisonment:
Imprisonment is a most simple and very common mode of punishment for in India. imprisonment is a method by which the accused and unfit subject of society put into prison for a particular period of time with a view to make him a subject to society. Section 53 of Indian Penal Code mentioned imprisonment of two description; rigorous and simple. Imprisonment means to restrict the freedom of a person and put him in the prison.

The simple imprisonment is awarded in the following offences.
Fine:
Fine is defined as the monetary punishment. The fine imposed as the punishment in the crimes which are not of serious nature. It is the very common mode of punishment. It is generally imposed in less serious offences such as breach of traffic rules and revenue this system of punishment was used in almost all penal system. Financial penalty was either in shape of fine or compensation or cost.

The Indian penal code restricted the courts to impose excessive fine. While imposing the fine, the courts must take into consideration the economic or financial condition of the accused. Section 63 says, "Where no sum is expressed to which a fine may extend, the amount of fine to which the offender is liable is unlimited, but shall not be excessive." [9]

The offenders should be punished in such way that becomes the cause of reformation for him and deterrence for others. The Indian Penal code mentions five types of punishment; Death penalty, Imprisonment for life, Imprisonment (simple and rigorous), forfeiture of property and fine.

All these punishments awarded according to the severity and mildness of the crime. In India, there are no general principles of sentencing. It is depend on the discretion of the court. Yet, the Supreme Court in their many judgment issued guidelines in this regard. As, there is no statutory guideline of sentencing, therefore great variation in sentencing is noticed. 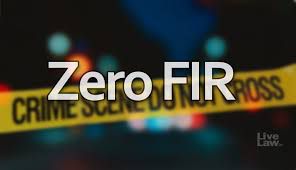 When ZERO FIR Was Launched ...

Satyam Scam: Why Was It Not... 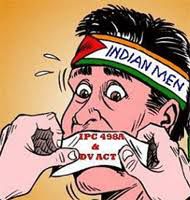