M. Chinna Karuppasamy v. Kanimozhi: The Case that has Triggered the Debate on Maintenance

By Harshmahaseth95 | Views 5015
M. Chinna Karuppasamy v. Kanimozhi[1] is an interesting case as it poses the question of whether a woman, against whom a decree for divorce under the charge of adultery has been passed, is entitled to maintenance under Section 125 of the Code of Criminal Procedure.

Brief Overview of the Case
The respondent is the divorced wife of the petitioner. The marriage had taken place under Hindu customs on the 1st of February in 1998. They had children out of their marriage as well. However, due to some misunderstandings between the two their marriage broke up and the petitioner then filed for an ex-parte divorce before a Family Court in 2009 on the grounds that the respondent was living in adultery.

The respondent was alleged to be having extra marital affairs during the marriage and to be in continuance of it. While the matter was pending in the Family Court the respondent filed a claim for a monthly maintenance of Rs. 2500 before the Chief Judicial Magistrate under Section 125 of the Code of Criminal Procedure.

The respondent argued that the petitioner wanted her consent to marry her sister’s daughter and upon refusal she was harassed and eventually thrown out of the matrimonial home. She further denied the claims of her adulterous relationship and claimed for a monthly maintenance of Rs.2500 as the petitioner earned a monthly salary of Rs.15000.

While the maintenance case was pending in front of the Chief Judicial Magistrate, the Family Court granted the divorce. The Trial Court had dismissed the claim for maintenance however the Principal District and Sessions Court directed the petitioner to pay a monthly sum of Rs.1000. This then came in front of the Madras High Court as a Criminal Revision Case.

In this case in front of the High Court, the foremost contention made by the counsel for the petitioner was that once a decree for divorce had been granted on the ground of the wife living an adulterous life then under Section 125 sub-section 4 of the Code of Criminal Procedure she loses the right to claim maintenance. It is claimed that the definition of the term adultery in the said section is applicable to widows as well.

The counsel for the respondent argued that a woman should be able to choose her own way of sexual life and that the term adultery under Section 125 sub-section 4 of the Criminal Procedure Code is only applicable to women whose marriage is still in subsistence.

The Holding
The judgment was delivered on the 16th of July in 2015 and the Court held that a divorced wife who lives in adultery is disqualified from claiming maintenance under Section 125 of the Code of Criminal Procedure. They also held that this also applies to a wife who lives an adulterous life during the subsistence of the marriage.

The Full Bench held that the term adultery as given under Section 125 sub-section 4 of the Criminal Procedure Code should be given a liberal interpretation than its ordinary sense: it should include a married woman having sexual relations with a man other than her husband.

Even the definition of wife should not be confined to wives whose marriages are still in subsistence. If the wife wants to retain her right to claim maintenance then she is expected to maintain the same discipline she was expected to maintain during her marital ties even after the marriage has ended. If the wife continues to maintain the same discipline even after marriage then she is entitled to claim for compensation however if she commits a breach to the said obligation and starts living an adulterous life then she loses the right to claim for maintenance

The entire objective of introducing Chapter IX of the Criminal Procedure Code was for the wife, children and parents to receive monetary compensation to rescue them from the treacheries of destitution. A wife is entitled to maintenance, from the husband, after a divorce so that she does not end in destitution. However, if she commits a breach and starts living, in an adulterous relationship, with another man then she is disqualified from claiming maintenance under Section 125 sub-section 4 of the said Act. She may be entitled maintenance from the man she started the adulterous relationship in but she cannot claim it from her former husband.

The Family Court had granted the divorce on the ground of adultery and such finding has not been challenged by the respondent. Under Section 41 of the Indian Evidence Act, 1872 once the decree for divorce was granted on the ground of adultery, the Court does not need to decide on the issue of whether adultery was present in the current case or not. Hence, in the present case the Family Court has proved that the respondent was living in an adulterous relationship during the time of her marriage and this, she is disqualified from claiming maintenance from the petitioner.

Analysis of the Judgment
The question that arose before the Madras High Court was whether a claim of maintenance under Section 125 of the Criminal Procedure Code can be filed by a woman against whom a decree for divorce had been passed on the ground of adultery.

According to Section 125 of the Criminal Procedure Code wives, children and parents can ask for maintenance from the husband/father/son who is in the financial condition to sustain his living. The fundamental inherent principle behind Section 125 is the amelioration of the people from destitution.[2] Section 125 ensures social justice as it provides a speedy remedy and falls within the ambit of Article 15(3) reinforced by Article 39 of the Constitution of India.[3] However, the Magistrate has the power to make an order under Section 125 sub-section 4 and refuse the compensation claim.

The sub-section reads as follow:
No Wife shall be entitled to receive an allowance from her husband under this section if she is living in adultery, or if, without any sufficient reason, she refuses to live with her husband, or if they are living separately by mutual consent.

The High Court included divorced women under the term wife in this Section. As no definition of adultery has been specified apart from that under Section 497 of the Indian Penal Code the High Court decided to give it a liberal interpretation and also include a married woman having a sexual relation with a man other than her husband. In the end the claim of the petitioner for maintenance was rejected.

Two things should be noted from the judgment the Court has made.

The High Court included divorced wives under the ambit of the term wife in Section 125 sub-section 4.

The expression wife in sub-section 4 of Section 125 does not have the extended meaning of including a woman who has been divorced. This is for the obvious reason that unless there is a relationship of husband and wife there can be no question of a divorcee woman living in adultery.[4]

The High Court did consider the past Supreme Court judgments and concluded the opposite of those judgments. The Court has said that the wife has to maintain the same discipline that she would have to as she did during the subsistence of the marriage.

Further, another error made by the High Court was that they have failed to differentiate between the terms adultery and living in adultery.

Adultery is the sexual intercourse of two persons, either of whom is married to a third person. This clearly supposes the subsistence of marriage between the husband and wife and it is during this subsistence that if a wife lives in adultery then she would be disqualified from claiming maintenance under Section 125 of the Criminal Procedure Code.[5]

In the context of Section 125 the term living in adultery has been used and it has been defined in several previous judgments; while the definition of adultery, on the other hand, constitutes of a single act of sexual intercourse outside of the marriage.

The definition of the phrase living in adultery in the section denotes a continuous course of action rather than singular events of immorality. One or two acts of sexual misconducts would be insufficient to prove that the woman was living in adultery.[6] It denotes the principle that a husband is absolved from the obligation to maintain his wife when his wife has some man other than her husband to maintain her.

The obligation of the husband arises to maintain his wife as Chapter IX was created to protect the deserted wives from means something quite different from living an unchaste life. A wife is supposed to continue getting maintenance till she re-marries.[7] The husband is absolved from maintaining his wife only when she has a de facto protector who can maintain her[8] or when her adulterous conduct has persisted for some length of time suggesting that she has found herself another albeit less honorable source of income.[9]

Conclusion
In conclusion, the Madras High Court tried to direct the debate towards Section 125 of the Criminal Procedure Code which is essential. As the law stands right now adulterous wives/widows have the benefit of still getting maintenance from her husband.

Section 125 of the Criminal Procedure Code has been one of the most effective legal instruments for providing parents, children and, mostly, wives with the economic support that is required. This Section, however, needs to be amended. As already noted by the Court the term wife should include divorced wives as the entire Chapter IX was built while keeping them in mind as well.

In this case even if it is assumed that the respondent did have a relation with a man other than her husband, she is entitled to get maintenance from the petitioner since Section 125(4) is not attracted in this case.[10] The judgment given by the Madras High Court was given in the right direction but there was no substantial reasoning given by them. The husband should maintain the wife unless she has another de facto protector or another less honorable source of income.

In this day and age, where women empowerment has seen a rise and women have broken the old cultural boundaries and perceptions of women only being the household care-taker, women are encouraged to work and earn their own living. In cases such as this one there should be allowance for maintenance for a limited time period in which the wife is expected to adapt to the changing environment and earn a living for herself. There is a need for the laws to be amended and the present case has been successful in triggering this debate. 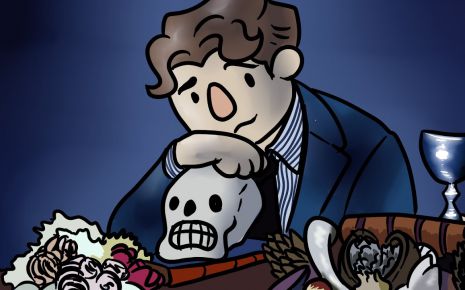 Serial Killings In India: A...