By Aditi Prabhune | Views 4432
National Emergency (Article 352) is a kind of emergency proclaimed by President of India when the Security of India or any part of the territory thereof is threatened by war or external aggression or by armed rebellion may be made before the actual occurrence of war or an aggression or rebellion, if the President is satisfied that there is this imminent danger then the emergency is declared.

Till now there were three National Emergency’s being declared. The first two were declared on External Aggression and the third one was on Internal Disturbance. It is not necessary that for the proclamation of National emergency, external aggression or armed rebellion should actually happen. Even if there is a possibility that such a situation can arise, a national emergency can be proclaimed.

In Minerva Mills vs Union of India, it has been held that there can be no bar to judicial review of determining the validity of the proclamation of emergency issued by the President under Article 352(1). The court’s powers are limited only to examining whether the limitations conferred by the Constitution have been observed or not. It can check if the satisfaction of President is on valid grounds or not. If the President is satisfied that grounds for national emergency exist but the same is based on absurd, malafide or irrelevant grounds then it won’t be considered that the President is ‘satisfied’.

According to the Constitution (Forty Fourth Amendment) Act, 1978, the President can declare such an emergency only if the Cabinet headed by the Prime minister and other Ministers of Cabinet rank recommends in writing for doing so incorporated to avoid the kind of situation of 1975 wherein on the oral advice of the prime minster, the Proclamation of emergency was declared.

In Mohd. Yaqub v. State of Jammu Kashmir, the Supreme Court held that an order issued by the President under article 359(1) was not law within the meaning of article 13(2) and therefore its validity cannot be challenged with refernce to the Provisions of Part III. Thus, if the order suspends the enforcement of article 14, if cannot be challenged on the ground that it is discriminatory under article 14. The validity of the order cannot be tested under the very fundamental rights, i.e. article 14, which may be suspended.

In Makhan Singh v. State Of Punjab, the validity of the suspension of the right to move any court for the enforcement of Articles 14, 21 and 22 under the proclamation of emergency declared during the Indo-China war was challenged. The Supreme Court held that the rights were suspended only for legally detained persons and not applicable to persons illegally detained under preventive detention law. The Supreme Court pointing out that a citizen would not be deprived of his right to move the appropriate court for a writ of habeas corpus if his detention has been mala fide.

In 1975 during emergency an important question came up. The question was whether in the wake of suspension of Article 21 do people still claim right to life under any of the provisions of provisions. In A.D.M. Jabalpur v. Shiv Kant Shukla (Habeas Corpus Case), the court held that political detainees could be denied all access to the courts during emergency. The court further held that:
in effect, if not in intent, that as to life and personal liberty, all laws were abrogated during the emergency.

The Court declared article 21 to be the sole repository of liberty and when that has been suspended in its totality, there cannot be any question of enjoyment of right to life and liberty and no writ of Habeas Corpus is maintainable. The judgement is criticised and may believe that the Court did not uphold the legitimacy and supremacy of the Constitution.


Therefore, these are certain important points on National Emergency with crucial case laws and its analysis. 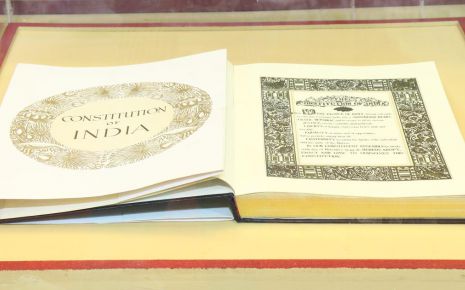